Packing with a Purpose

Packing with a Purpose

Moving out of a -home is a daunting task, but professional organizers and real estate agents say that packing with a purpose can help make the switch seamless.

Decluttering a home is also good opportunity to gather unused house- hold items and clothing to donate to charity groups.

“If you need to get rid of something, why not do it in a way that’s going to help somebody – else?” said Helene Segura, a professional organizer with Living Order San Antonio.

And tidying up a home instantly attracts buyers to properties that are on the market, real estate agents say.

Getting started The first step is the “purging” process, said Niland, who runs a San Antonio-based service called Organized by Design. That means dis- carding some unused items in the home and donating others.

“I always tell clients to purge, purge, purge,” Niland said. “If they haven’t used it in the house they’re in, they’re not going to use it in their new house.”

The more you get rid of, the more you save on packing expenses, Ni- land said. Many times people fill boxes without stopping to think about whether they’ll use them at their new home.

“You’ll just end up with boxes of junk,” she said.

“You’ve got to throw stuff out.”

Before moving into your new house, you should obtain a copy of the floor plan so you can pack accordingly based on how much storage space you have, Segura said.

“Once you’ve planned that out, you can know what to keep and what to get rid of,” Segura said. “Not everybody moves from a_ three-bedroom home to another three- bedroom.”

Don’t know what to toss? Segura said that generally items should be tossed if they have not been used in one year or longer.

Artie Quirk with King Realtors said homes should be cleaned from the outside in for sellers, because those are the ar- eas that potential buyers will notice first.

“If you have a bunch of flower pots or yard tools sitting around, take care of those first,” Quirk said. “Dead plants and things like that are such a simple thing to clean up.”

Sellers then should tidy up the main entrance and front of the home, working their way inside, Quirk said. 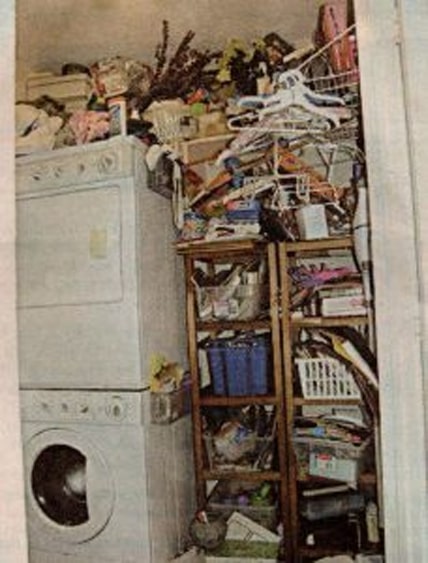 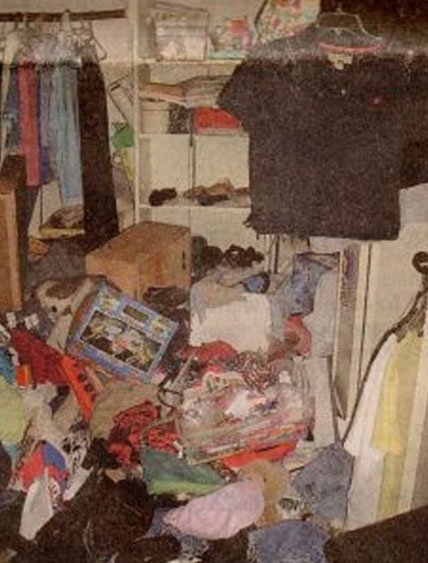 Cleaning for a Cause

Niland and Segura said they encourage clients to donate as many items as they can to charitable organizations when they’re tossing out unused stuff.

The Salvation Army in San Antonio. “These are items that can be really turned into a benefit — a blessing — for a lot of people.”
The Salvation Army picks up donated items from doorsteps at no cost. But they have to be usable.

“We want to make sure the items are safe and hygienic,” Hernandez said. “And don’t donate items that are completely unusable, like car seats or old computer monitors. Try to sort it out as much as you can.” 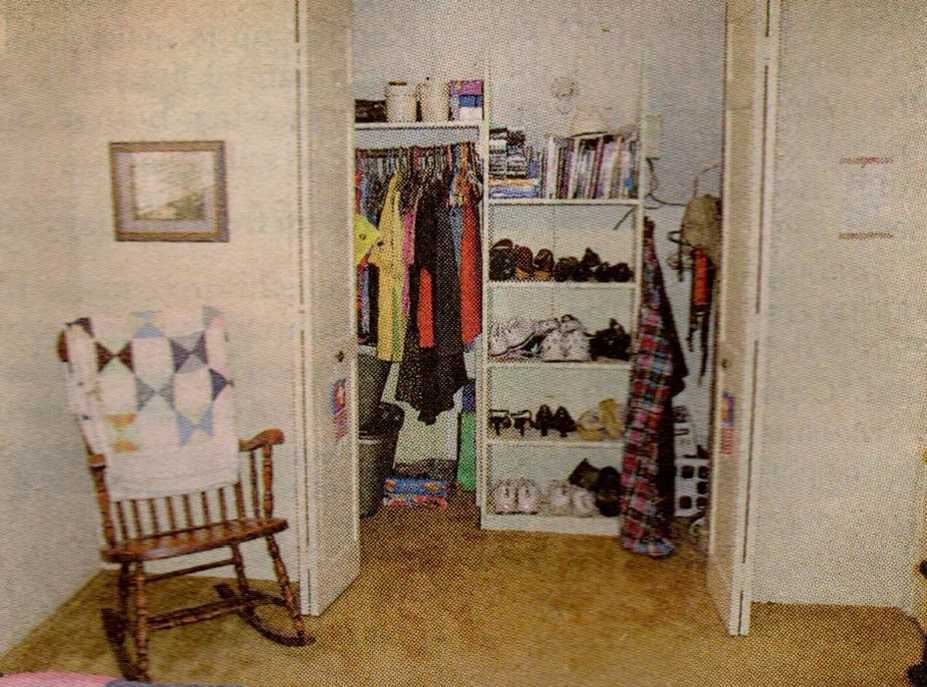 It took about nine hours to tidy up this toom because of a knee-high layer of clutter that covered most of the floor.

Once the purging process is complete, Niland said it’s time to designate and label boxes for specific rooms and fill them accordingly.

“Be very intentional about the way that you pack,” Niland said. “Put kitchen stuff in the kitchen box. Be sure that you don’t have 100 miscellaneous boxes.”

And label the boxes on the side, so you can stack them on top of each other and still know what they’re holding.

Most people pack small random items into sever- al boxes, which can make the unpacking process frustrating and confusing.

“You’ll end up with five boxes of junk,” Niland said. “Those are the boxes you’re not going to get to. and they’ll just sit in your new garage.” Niland said sometimes people move boxes that have been unopened since their last move because they never bothered to unpack.

To make the unpacking process easier, pack one box with everyday items, like toiletries and clothes to wear during the move, and carry that box in your personal vehicle when you drive to the new home. Another option is packing a bag for every family member. Some families also like to pack one box with household – items that they’ll need as soon as they move into their new home, such as silverware, plates and kitchen utensils.

“When they get to the new house, they can pull out what they need,” Ni- land said. “Then they have their basic necessities and don’t have to go through the boxes.”

Pack It Up Right